As a baseball professional, Joel Bradley worked as an international scout with the Baltimore Orioles from 2012-2018. Hired by the Orioles top baseball executive, Dan Duquette (Brewers, Expos, Red Sox, and Orioles) in 2011 as an associate, he later became a full-time scout under Director of International Recruitment, Fred Ferreira (Angels, Yankees, Reds, Expos, Marlins and Orioles).

Joel’s travels and evaluations in Latin America, Asia and the Caribbean assisted the department in signing over 40 players to Orioles contracts during his tenure. From 2012 to 2017, the resurgent Orioles owned the best record in Major League Baseball at 444-366 (.548) despite playing 36 games per season against the super clubs of the American League East that perennially have more resources.

Originally from Texas, Joel played football and baseball in high school and later played basketball and baseball in college. In 1985, Joel moved to Miami, Florida and began coaching youth baseball and football while working as a licensed futures professional. By 2000, he and his family relocated to Broward County, Florida where he subsequently became the pitching coach at Deerfield Beach High School in 2001. While at Deerfield Beach he helped the Bucs to its first ever 20-win season which culminated with its first district championship behind two future Major League pitchers, Mike Fiers (Brewers, Astros, Tigers and A’s) and Mickey Storey (A’s, Astros and Blue Jays).

His success as a coach led him to opportunities working with diverse communities. As a classroom instructor, Joel taught English I and English II as well as English Honors and Reading from 2002 until 2009 at five schools in Miami-Dade and Broward Counties.

In 2010, Bradley became the head pitching coach at Broward College and helped the Seahawks with improved ERA’s and WHIP totals as well as increased velocities and a winning record.

He founded International Baseball Partners (IBP) with his partner Mike Powers in 2015, a corporation with designs to create and manage baseball leagues, stadiums and advanced media opportunities around the world. His creativity, vision and consultation led to the formation of Project 421, an academy complex project for the Island of Curacao. Joel’s travels also allowed for the connection and design of Tier 2 and 3 baseball league formations in Chile, Argentina and Guatemala.

His innovative spirit also brought to life the Quiscaya League, a “July Second” player development league in the Dominican Republic. Bradley also developed innovative Player Option Contracts (POC) as a solution to under the table dealing between teams and agents outside the United States. Bradley also proposed the creation of a self-governing association of baseball academies and trainers (BAAT) outside the United States to bring about transparency in international development. He also was invited by United States Ambassador to the Dominican Republic, Robin Bernstein, to assist in addressing serious issues of doping and education affecting youngsters in the Dominican Republic.

Joel most recently has turned his attention to creating a new application that integrates baseball with technology, as well as developing a new independent league of baseball that offers better fan engagement and operating models for investors and communities. Additionally, Bradley recently signed a two-book deal with baseball publisher, Summer Game Books.

Bradley has a B.A. English (Creative Writing) degree from the University of Miami. He has worked in the financial services profession having held licenses in Real Estate, Mortgage, Series 3, Series 30, Life, Health and Variable Annuities. He also was a public school educator in Florida and Texas from 2002 until 2009. He has two sons (Ryan and Cody) and a granddaughter (Natalie). 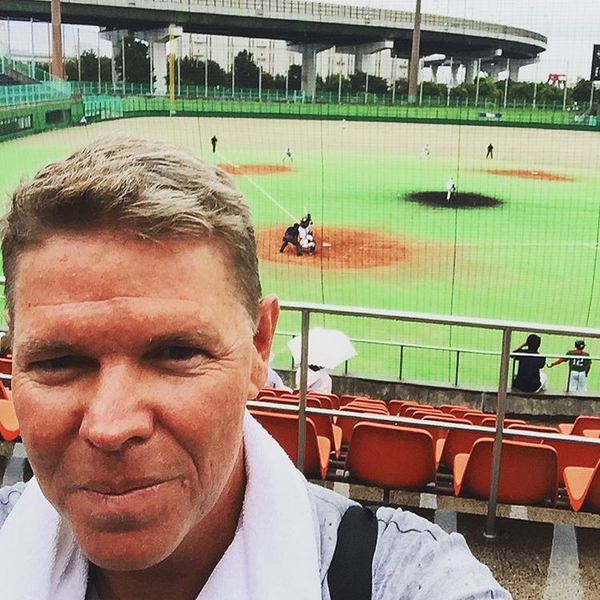